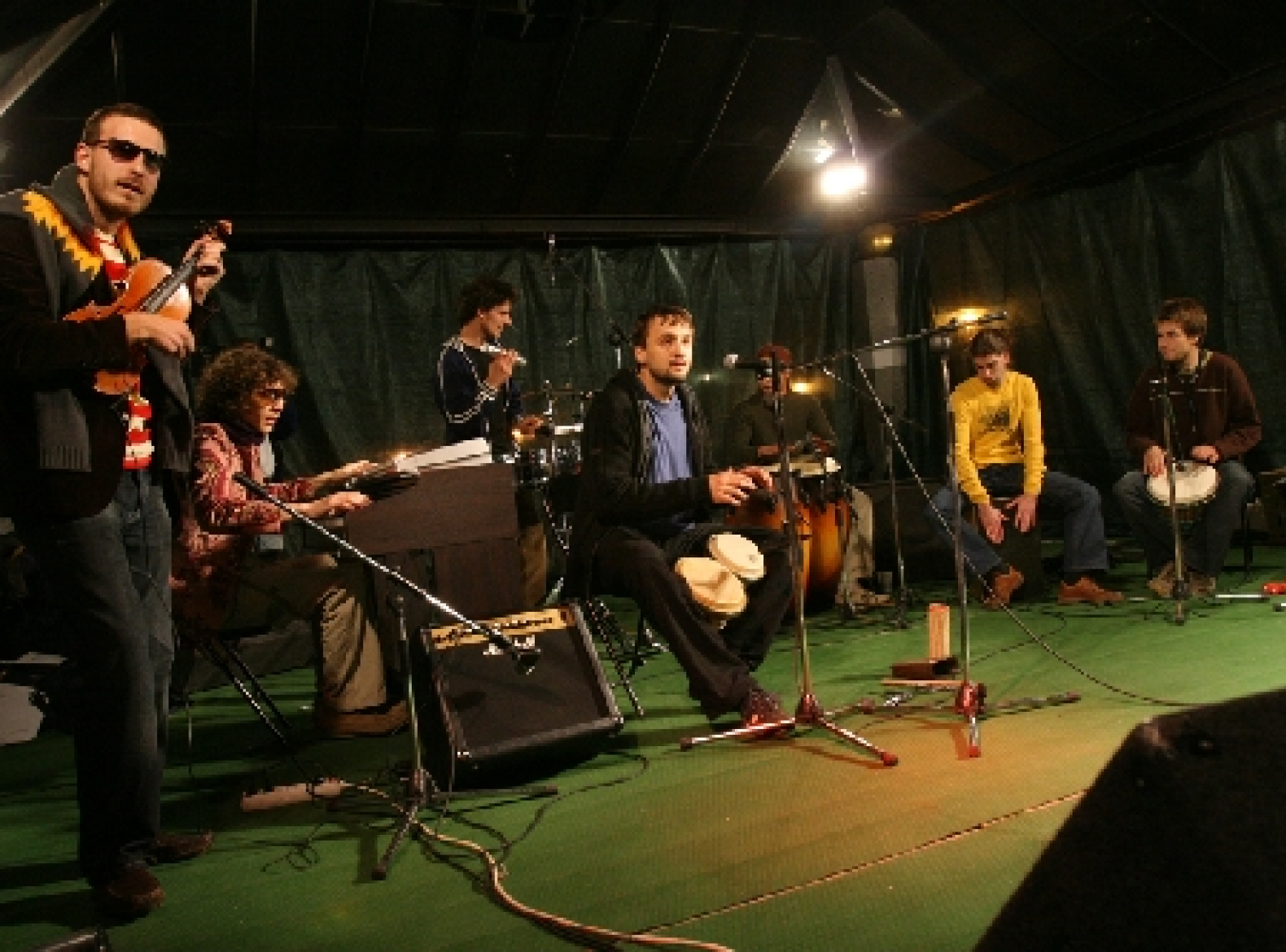 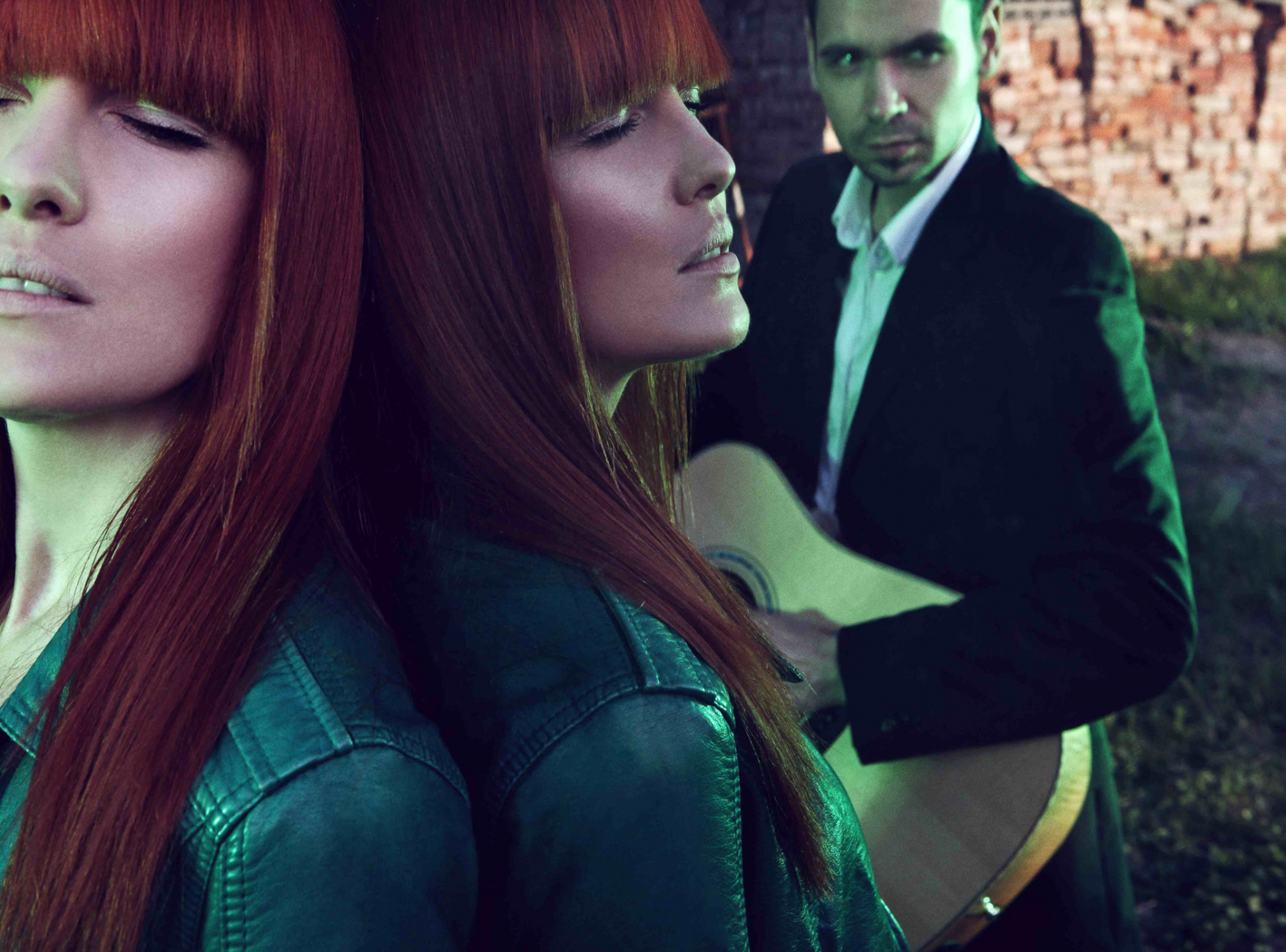 Bloom is the band of singer Barbora Drahovská and guitar player Lukáš Kyška, formed after the split of the rock band Soundrise. Bloom has a clean and beautiful acoustic sound, with own repertoire under the flag of modern songwriting.

On the festival the duo would be spiced up with bass and drum player, promoting their new sound. 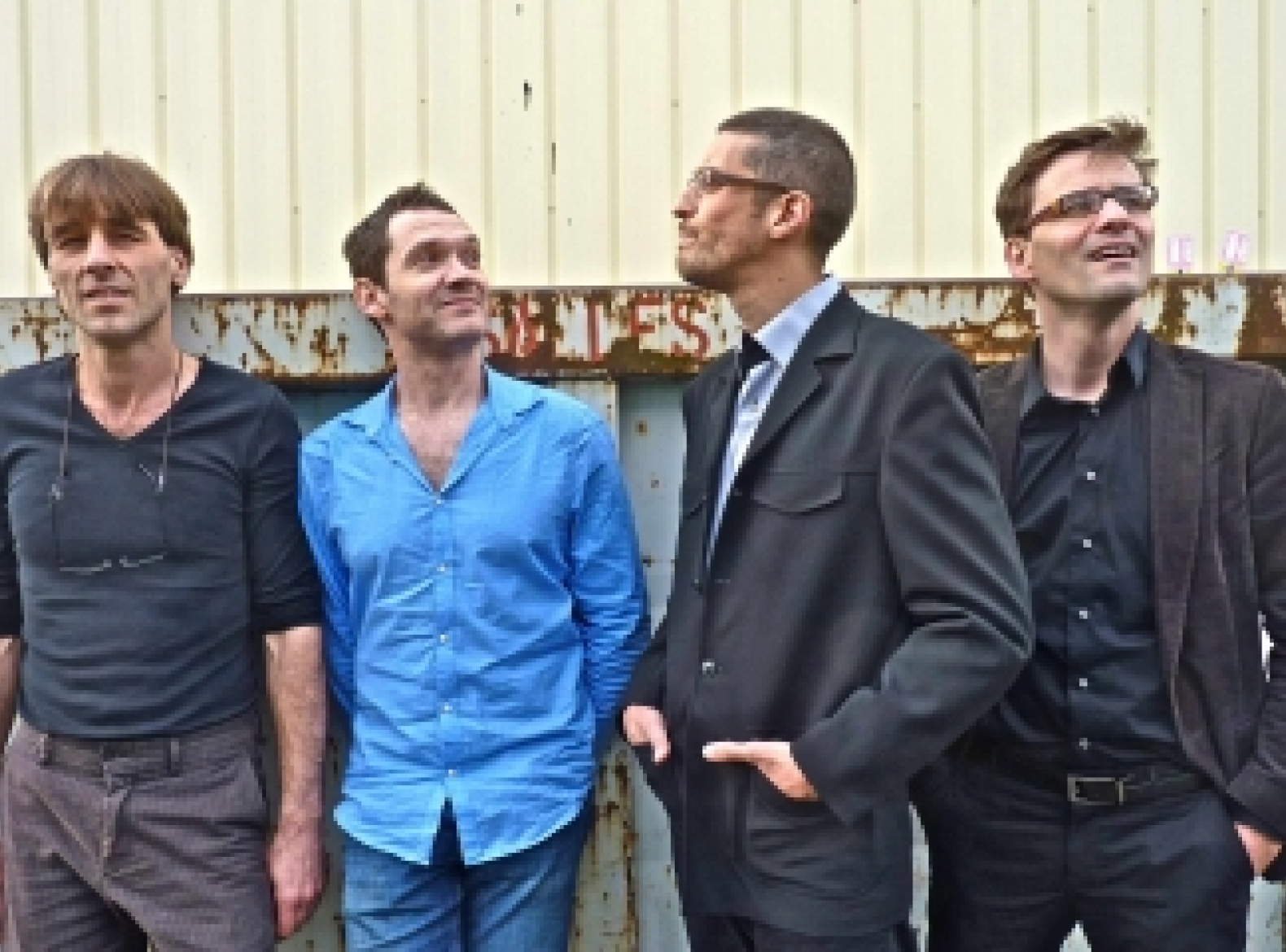 Pierre de Trégomain is a new generation French jazz singer. His inspirations are wide - from Al Jarreau to Klaus Nomi, from scat to contratenor. Our festival presents every year the most up-to-date French jazz act. 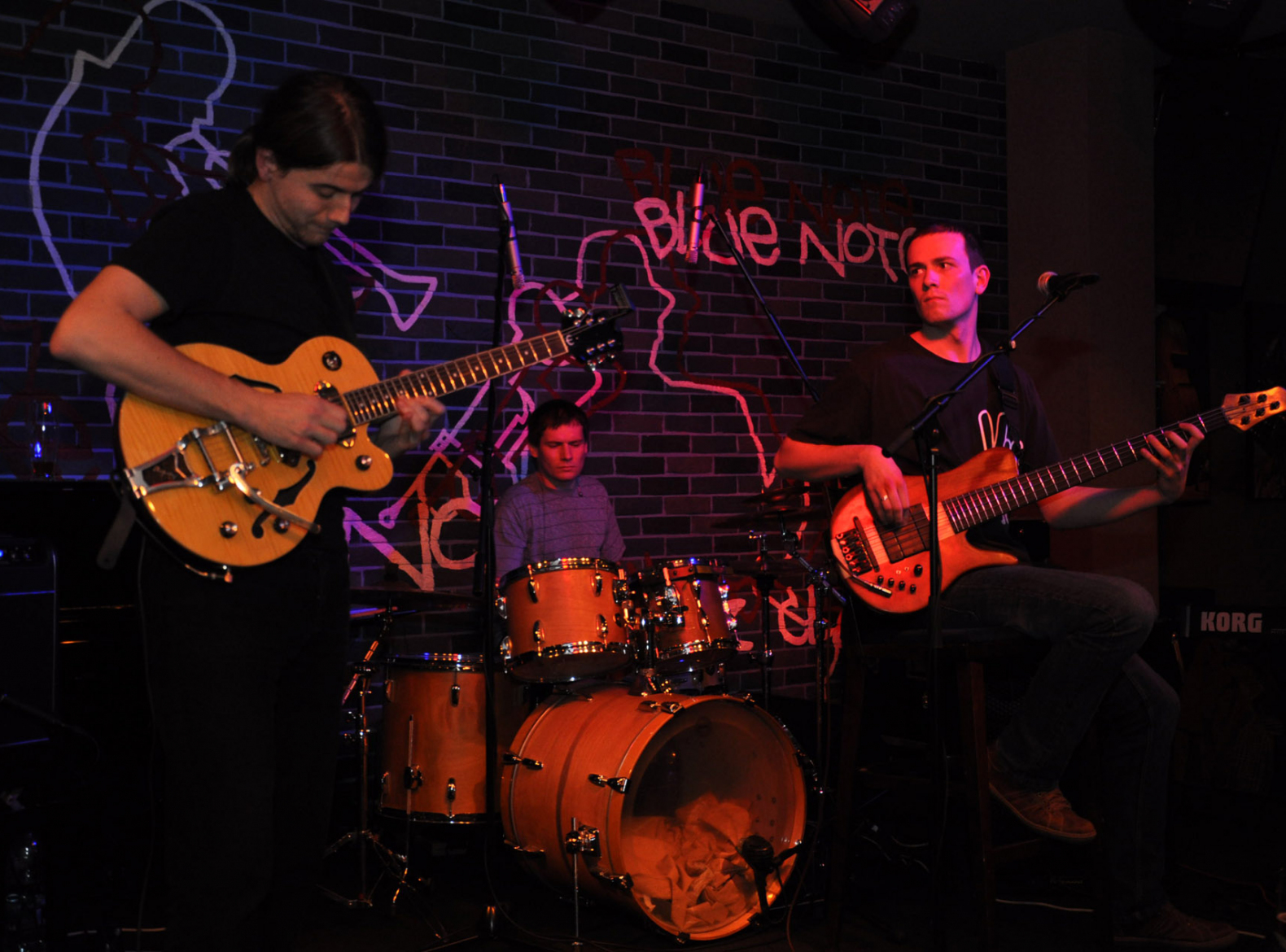 The young jazzrock trio Fridge Aside comes from Slovakia. They performance own compositions and stuff from Pat Metheny, Victor Bailey and John Scofield. 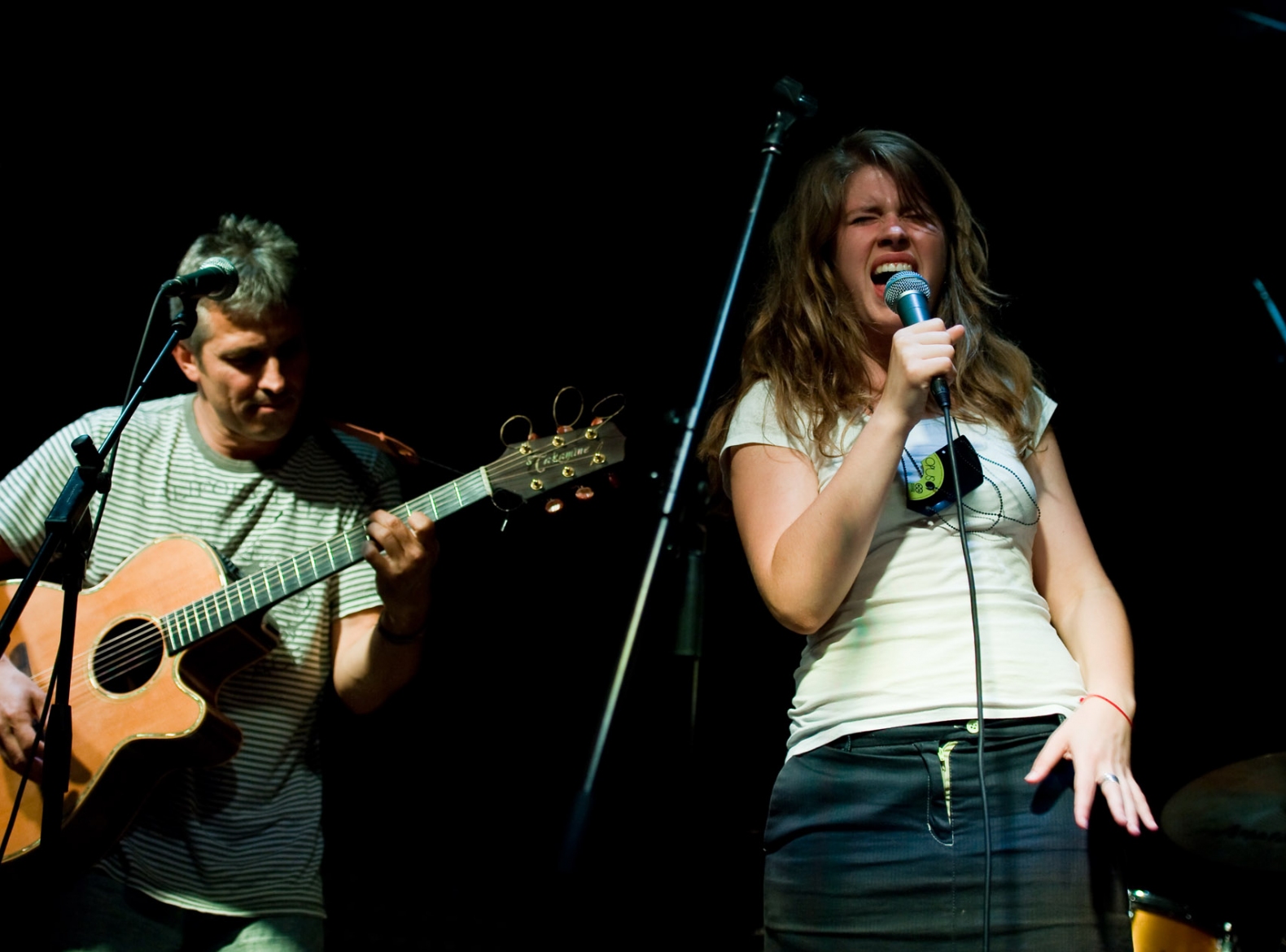 Zuzana Mikulcová is a young Slovak jazz singer. Three years ago she won the competition "New Faces of Slovak Jazz".

Sanyland is a band of jazz, blues, folk and funk influenced players, led by the singer and composer Sany Grék, who is a well known figure in the local fusion scene since the early nineties. 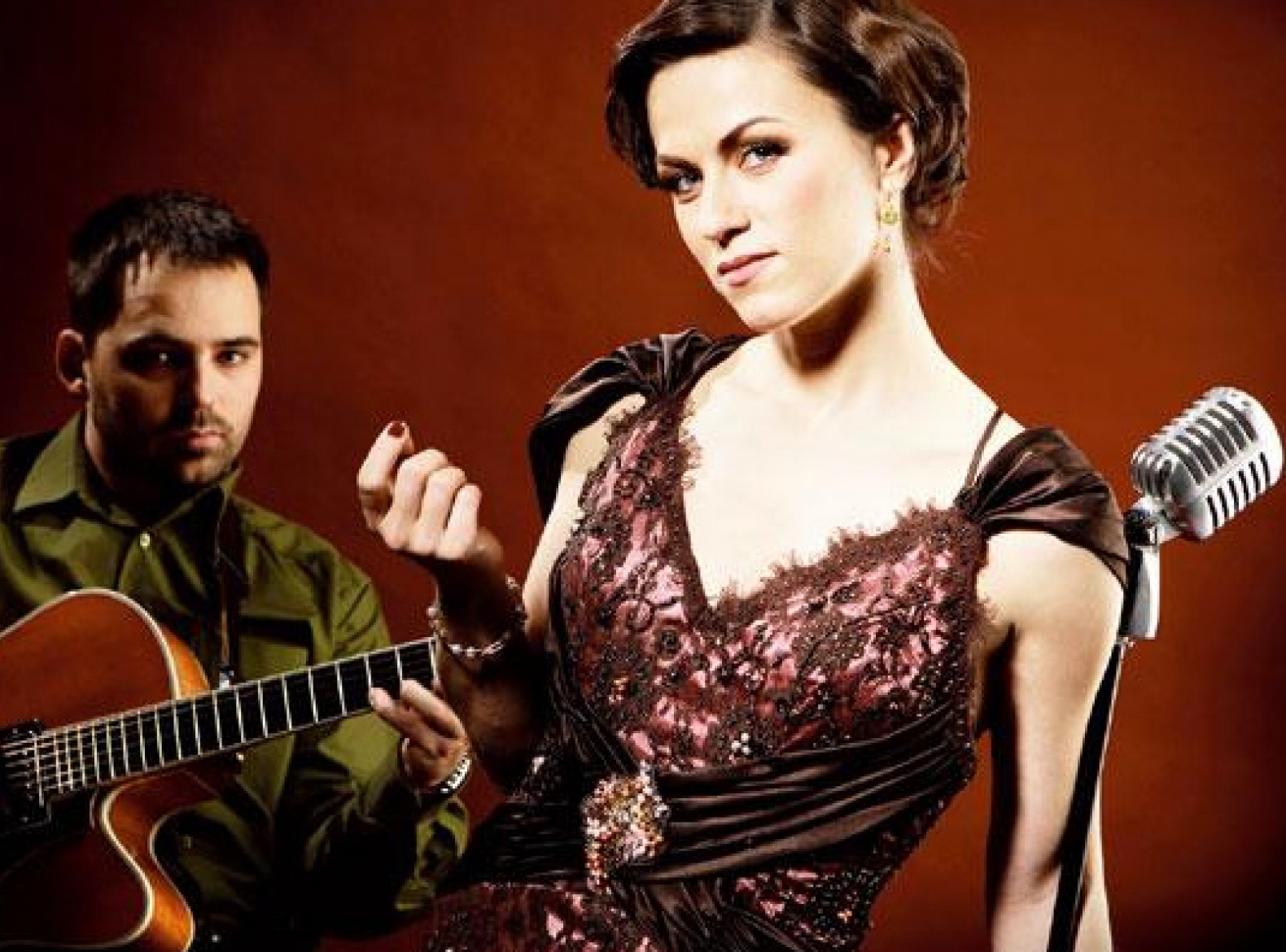 The singer Lucia Lužinská and guitar player Boris Čellár are well known in Slovakia for their unique and smooth jazz style. They released three studio albums, the repertoire is mixed from own compositions and classics. 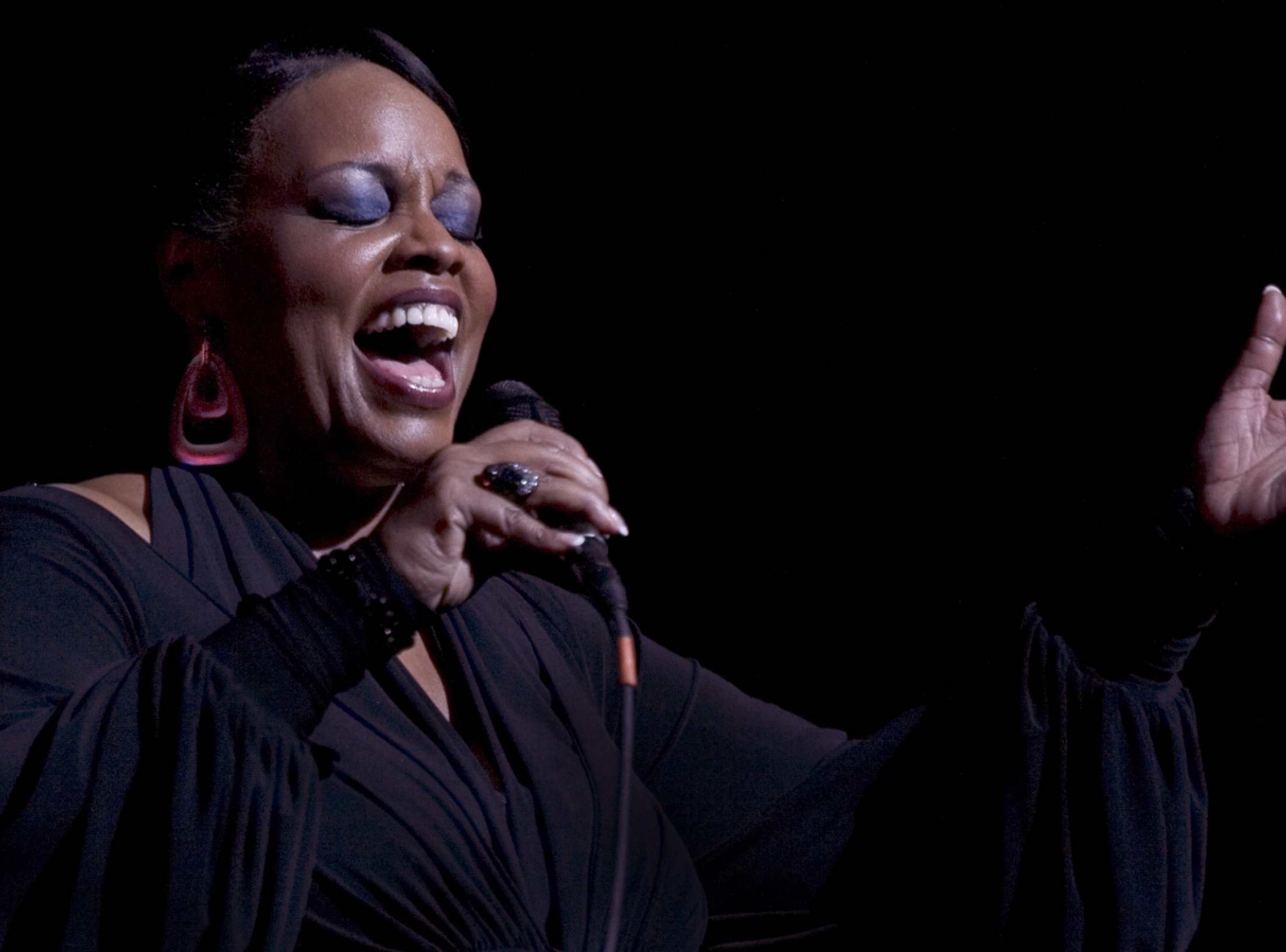 Charles Burrell, the uncle of Dianne Reeves was a bass player with the Denver Symphony Orchestra. He's introduced her to the music of jazz singers, from Ella Fitzgerald to Billie Holiday. She was especially impressed by Sarah Vaughan. 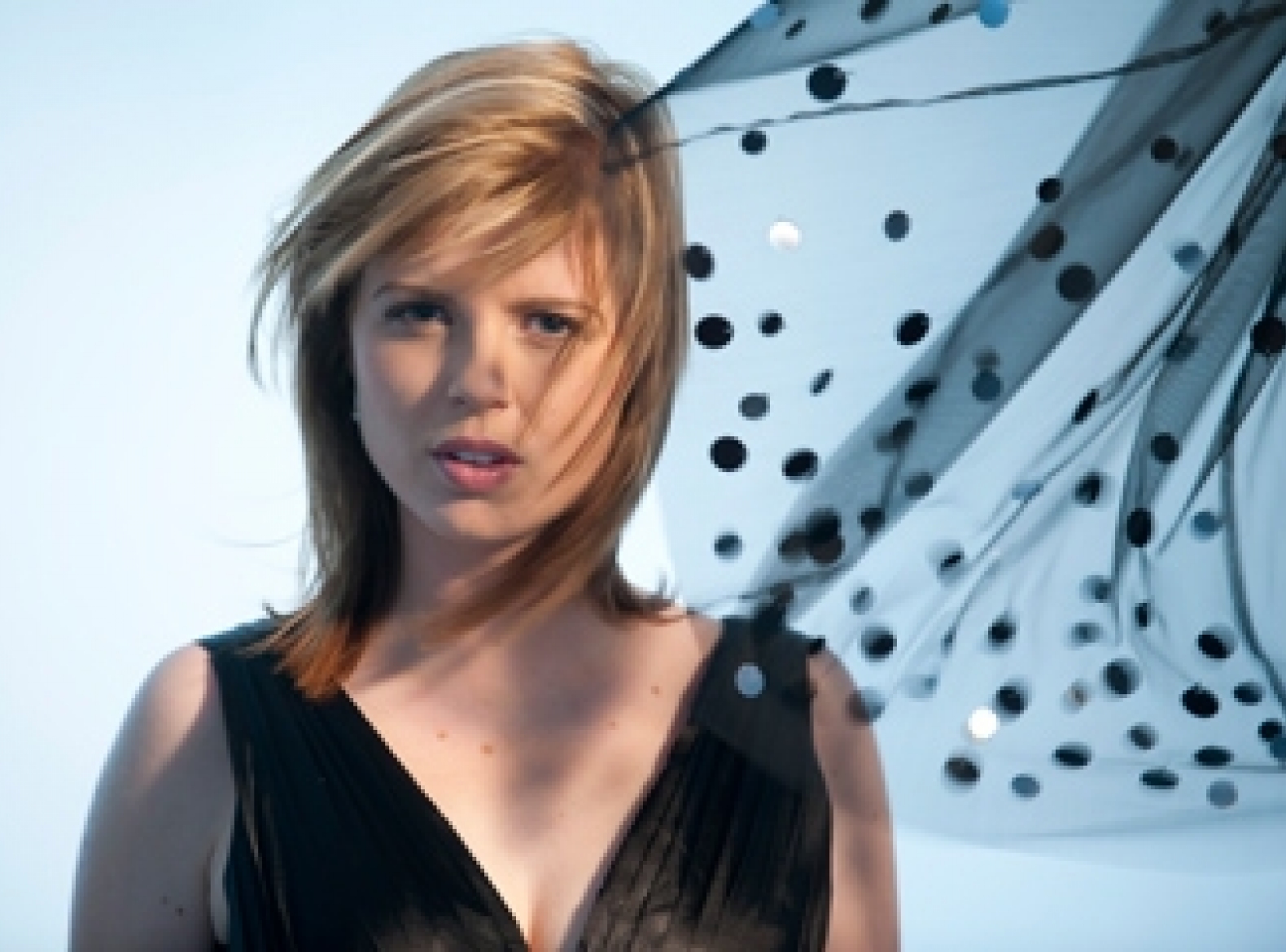 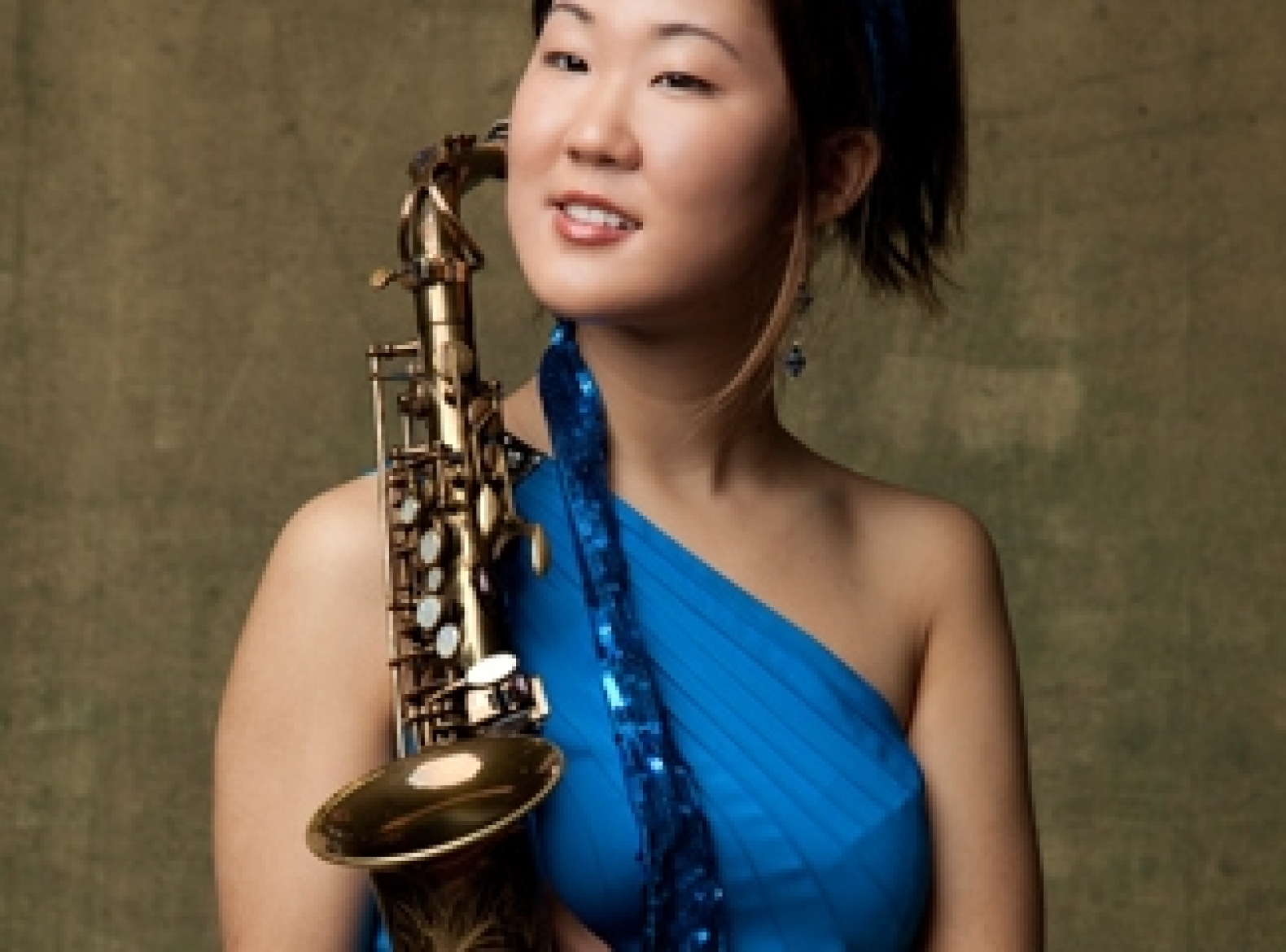 Grace Kelly an Asian-American jazz saxophonist, vocalist, songwriter, arranger, and bandleader. Kelly became the youngest ever musician voted to the Down Beat Magazine's Critics Poll at age 16. At 18 she released her sixth album, Man with the Hat, a collaboration with jazz legend Phil Woods.

"Grace Kelly plays with intelligence, wit and feeling. She has a great amount of natural ability and the ability to adapt. That is the hallmark of a first-class jazz musician” says about her Wynton Marsalis. 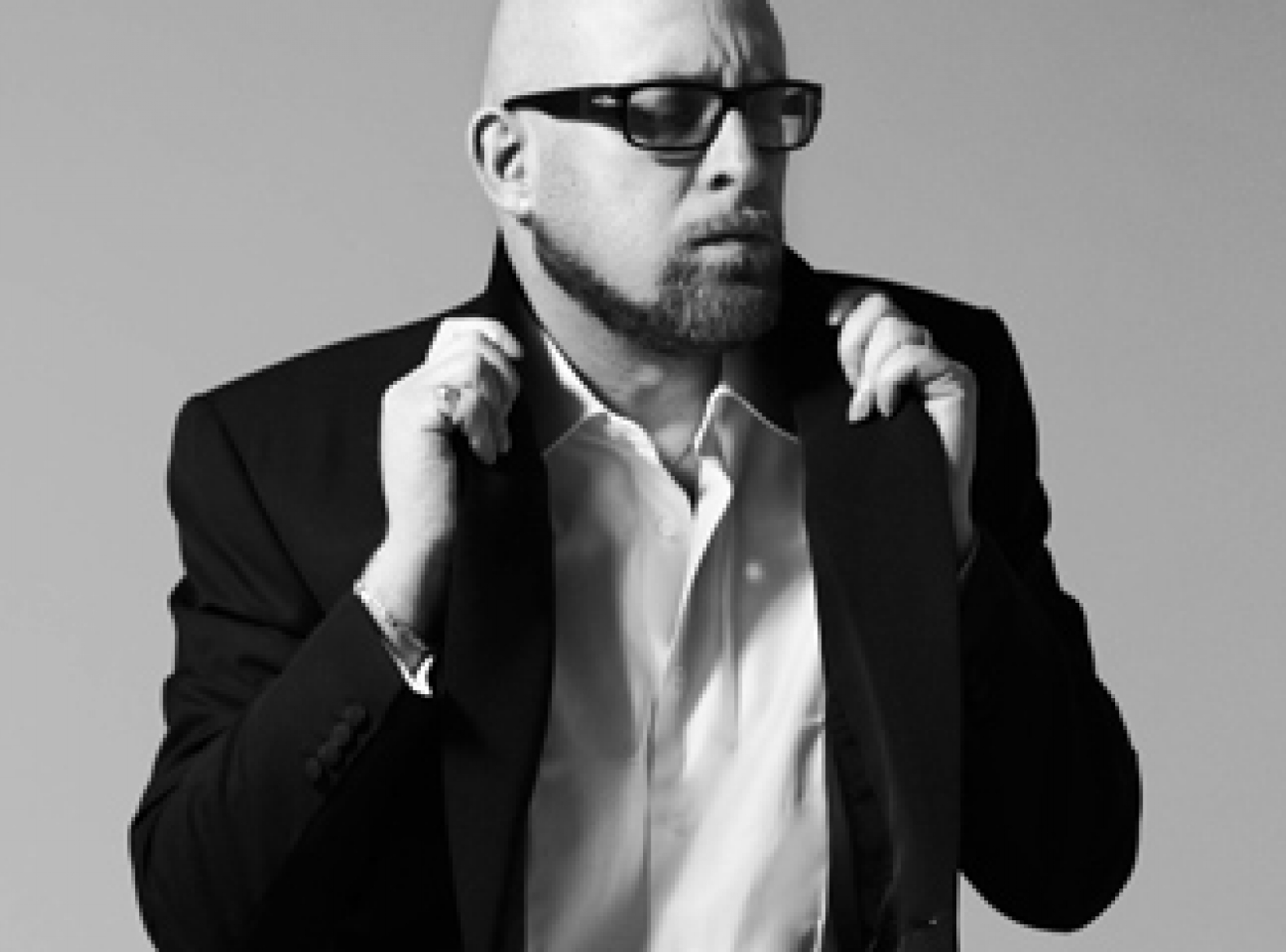